Discover The Liberties, The Historic Heart Of Dublin

Another noisy afternoon on the market. Dubliners are looking for bargains before traders close their stalls for today. And what is that smell? Ah, that is beer brewed in Guinness brewery. Again! It seems that this brewery never stops working. Oh, my nurse friend is running for her shift in Meath Hospital. I think that it is a place to avoid! Only mortally sick people should go to a hospital! For all common ailments herbs are the cure, everybody knows that. And mine are the best!

It is not hard to immerse in stories like that while strolling around Liberties, a historic city quarter in Dublin. If only you know its secrets! Liberties may now seem like another vibrant part of the city, but it has a rich historical heritage as life has been going on here since the Middle Ages. Do you want to discover fascinating past and present of Liberties? Just read our guide!

In the 12th century, the area now known as The Liberties was located outside of city walls. It was ruled by a royal Abbey St Thomas the Martyr, which had certain privileges and was entitled to control trade and commerce within the area. What does it mean? The area outside of Dublin walls was liberated from city’s corporation and guilds jurisdiction! The west of the city of Dublin was known at that time as the Liberty of St Thomas Court. Now you know where the name The Liberties comes from.

The basis of medieval Liberties was St Thomas’s Abbey, established in 1170 on the orders of an English king, Henry II, as part of his religious Reformation. Unfortunately, nothing of the abbey remains today (after its dissolution in XVI century it was converted to a house). However, you can still find old city walls, medieval church or medieval street names! For example, Cook Street was the location of Dublin’s bakeries (placed outside of walls for safety reasons) while on Fishamble Street fish market was located.

The Centre of Brewing and Distilling

In the late 18th century and in the 19th century, The Liberties was dominated by brewing and distilling industries. Guinness family build the world’s largest brewery there, which thankfully still exists today. The Liberties was also a location of 3 famous whiskey distilleries: Powers, Jameson and Roe (the largest whiskey distillery in the world by the 1880s). It was a wealthy and industrially-looking area which even had its own harbour linking to Grand Canal and mini-railway to the quays. The Golden Triangle era ended in the XXth century, and sadly none of the old distilleries has survived to this day.

Today, the Liberties is one of the most important Dublin tourist areas. It has some of the city “must see” attractions, including The Guinness Storehouse and two beautiful cathedrals (Christ Church and Saint Patrick’s). As everybody heard about them even before visiting Dublin, let’s focus on less known attractions which are equally (or more!) interesting.

Marsh’s Library - It is Ireland’s first public library, located in a beautiful building from the early eighteenth century, just beside Saint Patrick’s Cathedral. Marsh’s Library is smaller but equally attractive to the famous Library of Trinity College. If you are lucky enough you can see a ghost of Archbishop Marsh!

Dublinia - Do you want to know more about Vikings? Get to know their secrets and daily habits? Then a visit to the Dublinia museum is a must! Perfect to visit with a family. Dublinia is located on the left-hand side of Christ Church Cathedral. 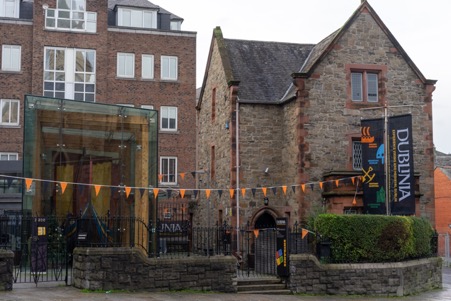 Pearse Lyons Distillery - Yes, Liberties have distilleries again! One of them is a boutique distillery located in beautifully restored St. James’ Church. You can take a tour and discover over 800 years of local history of distilling (and not only). Tasting is included too! 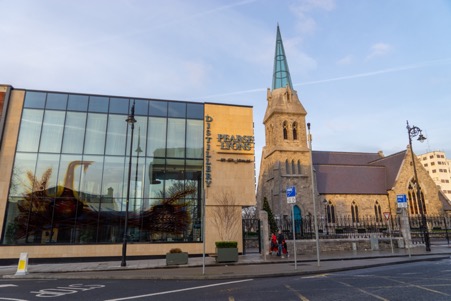 St Audoen’s Church & Visitor Centre - It is the only medieval parish church which still exists in Dublin! In the Chapel of St. Anne tourists can find an award-winning exhibition on St. Audoen’s Church role in the life of the medieval city. Interesting: behind the church, you can see remains of medieval walls! 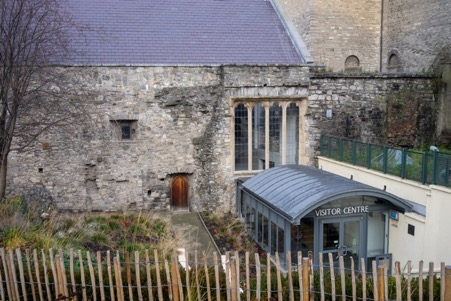 The Brazen Head - Hungry or thirsty after strolling around Liberties? Visit the oldest pub in Dublin, The Brazen Head! The first pub was founded here in 1198. In 1754 a present building was finished as a coaching inn. If you are lucky enough you will have a possibility to listen to live Irish music or storytelling! 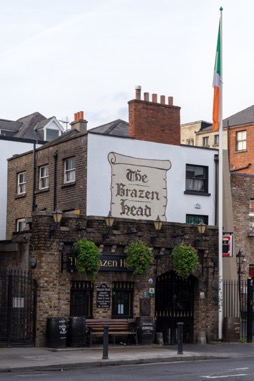 How to get there

The Liberties is located in Dublin 8. You can quickly get there on foot from Temple Bar or even from Grafton Street. Renting a popular Dublin bike is also a great option to discover Liberties. If you want to really explore the area and do not expose yourself to the ghosts of the past don’t get a tourist bus! Ok, that is a joke but walking, or cycling is highly recommended!

No matter how much time you have in Dublin don’t skip the Liberties! You won’t be disappointed as the area has a lot to offer including the newest and most exciting tourist attraction in Dublin, Vaults.Live. If you want to hear the best stories about Dublin and Ireland’s rich history, come and visit Vaults Live, it is located right in the heart of the Liberties!