Born in 1847 in the suburb of Clontarf in Dublin, Bram Stoker developed a childhood illness that left him bedridden until the age of seven. During this time he cultivated interests in Irish mythology, science, and technology that would one day help inspire and shape his greatest novel, Dracula. Stoker saw these concepts, modernity and the ancient world, as being in conflict with each other. One of the central themes of his novel would be about what happens when these two concepts push back and come into direct conflict with each other.

Stoker’s interest in mythology and history came from the stories he was told by his mother regarding Irish folklore. He was particularly interested in tales of his ancestors such as the Sheriff of Galway James Lynch Fitz-Stephen, who supposedly hung his own son for murder; and the supernatural legends of Sligo that included descriptions of malevolent fairy-folk, death, and disease including a cholera epidemic that his mother survived in 1832. Whilst Dracula does not overtly make reference to the Irish roots of his inspiration, it takes some of this history and folklore, and combines it with elements of the life of the 15th-century Transylvanian prince known as Vlad the Impaler. Stoker never actually travelled to Transylvania or Eastern Europe; he instead used his background in journalism to research the region and people to create the rich environment found in the novel. 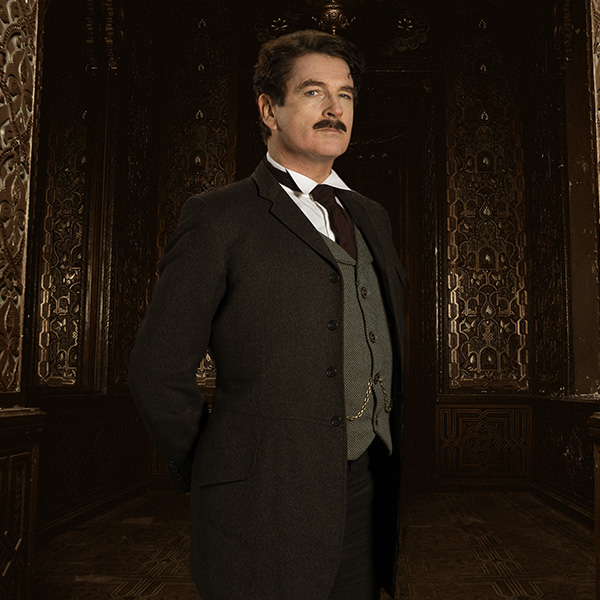 Given that his most famous work is so rooted in ancient magic and the distant past it can be surprising to find that Stoker’s other inspiration came from his childhood enthusiasm for the new frontiers of science and technology. To a modern reader it can be easy to overlook just how progressive some of the themes are that Stoker presents, but in Dracula there are questions to do with Science vs. Faith, anxieties about the foreign ‘other’ and societal issues such as sexuality and gender roles. He includes mentions of technologies that were considered cutting edge at the time of publication, from Jonathan Harker’s polyglot dictionaries and shorthand diaries to Dr. Seward’s phonograph, and perhaps most notably of all the blood transfusions that Van Helsing administers to Lucy Westenra after the Count bites her.

Stoker may have gotten the idea to include the relatively new procedure of transfusions from his brother William Thornley Stoker, who was an Irish medical writer and surgeon. The elder Stoker was a successful doctor, eventually becoming the President of the Irish College of Surgeons as well as holding appointments in Dublin’s Richmond Hospital and St. Patricks. Bram Stoker would have been able to call upon his brother’s extensive expertise in crafting some of the medical procedures and doctor characters that appear in the novel. Interestingly, transfusions were such a new medical technique that it wasn’t until a few years after publication in 1900 that an Austrian doctor named Karl Landsteiner discovered that donors must have compatible blood types. This means that it may now seem strange to the modern reader that Lucy receives blood donations from many different sources without any of them checking for compatibility. Whilst it may be a small technical error in retrospect, it is also a testament to how close to the cutting edge of science Stoker’s writing was at the time. 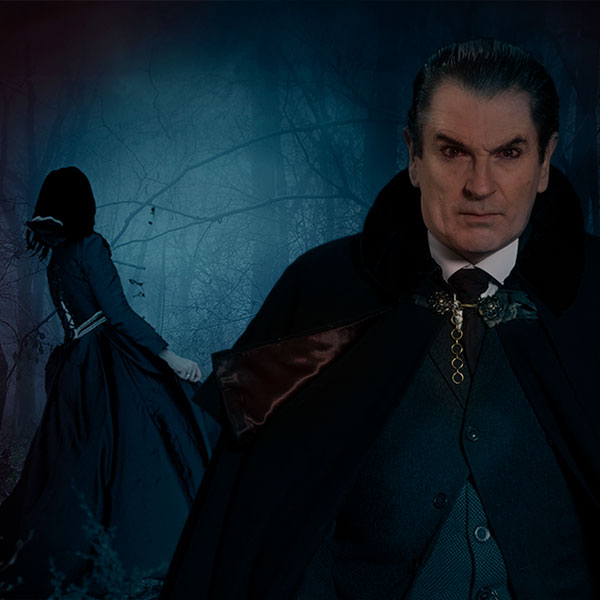 Dracula is narrated through diary entries, journals, ship logs and letters between characters. It is an example of the epistolary form of storytelling, where everything is revealed through these fictional transcripts. Although this form of writing existed previously, Stoker created one of the most famous examples of the form in this novel, illustrating again how he was inspired to push boundaries and incorporate progressive ideas into his work. Much of this inspiration can be traced to his formative years in Clontarf as a sickly boy. A quote by the character Jonathan Harker perhaps best sums up Stoker’s idea of the relationship between modernisation and the ancient world;

“It is nineteenth century up-to-date with a vengeance. And yet, unless my senses deceive me, the old centuries had, and have, powers of their own which mere ‘modernity’ cannot kill.”

The relationship between the modern and Ireland’s amazingly rich history is reimagined at Vaults Live. With beautifully designed sets, you can step into a world long gone by and experience Bram Stoker’s Dracula right before your eyes. Along with other stories, Vaults Live is set thrill, excite, amuse and raise the hairs on the back of necks of all ages!

Be sure to view prices to visit and experience Vaults.Live. Book tickets in advance online and save up to 20% on one of the best things to do in Dublin.